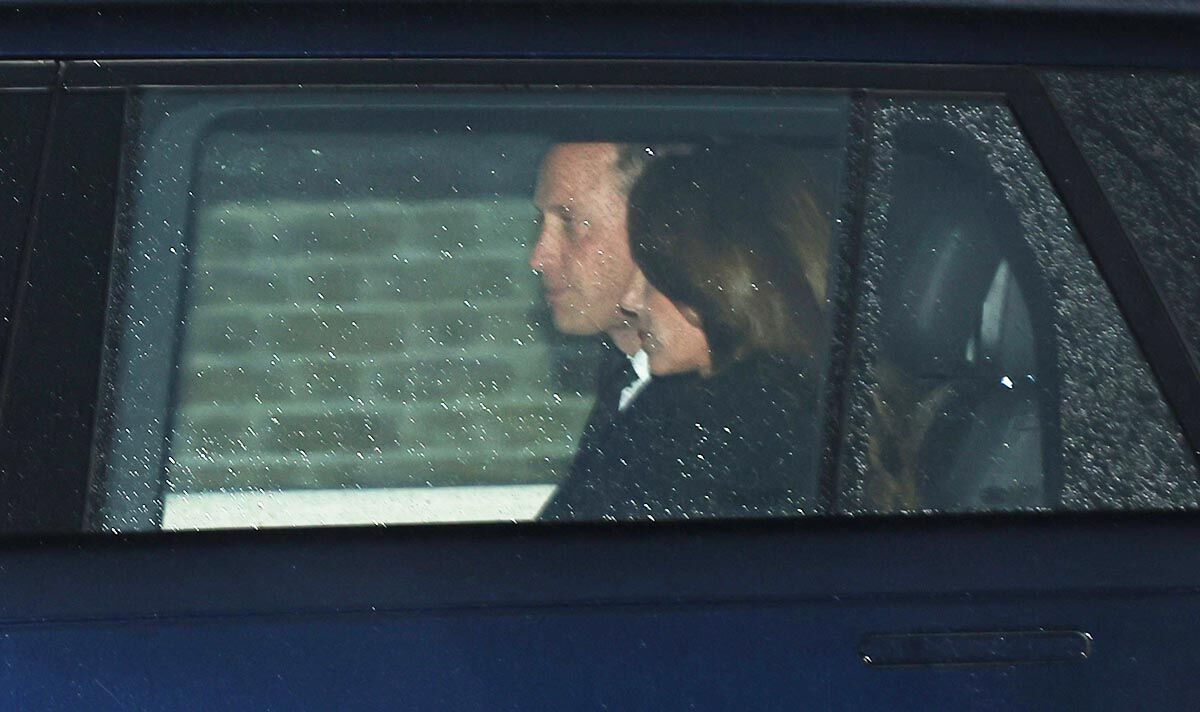 They were met by Prime Minister Liz Truss and Defence Secretary Ben Wallace on the airfield. The Prince and Princess of Wales will be travelling from Windsor, having made a surprise reunion with Prince Harry and Meghan Markle to greet mourners and view floral tributes left at the castle.

King Charles III and Queen Camilla will be leading the family as they receive the coffin at the palace. The coffin will be removed from the hearse and carried through the Grand Entrance by a bearer party found by The Queen’s Company, 1st Battalion Grenadier Guards.

Tonight, it will lie in the Bow Room, a room facing the garden and where Her Majesty used to receive guests including heads of state from around the world. It will then be taken to Westminster Hall to begin lying in state tomorrow.

The King’s three siblings – Princess Anne, Prince Andrew, and Prince Edward – will greet it with their spouses, the Queen Consort, Sir Tim Laurence and the Countess of Wessex. All eight of her grandchildren and their husbands and wives will be present.

READ MORE: Mourners ‘likely to be turned away’ in queue for Queen’s coffin [REVEAL]

Wednesday will see the coffin effectively handed over to the public.  It will lie in state at Westminster Hall for four days, leading up to the full State Funeral on Monday.

The late Queen’s children, grandchildren and their spouses will play a part in the formalities, walking in processions and joining services. A rota of Chaplains to the King, who were formerly appointed by The Queen, will keep watch over the coffin whilst it rests tonight in the Bow Room.