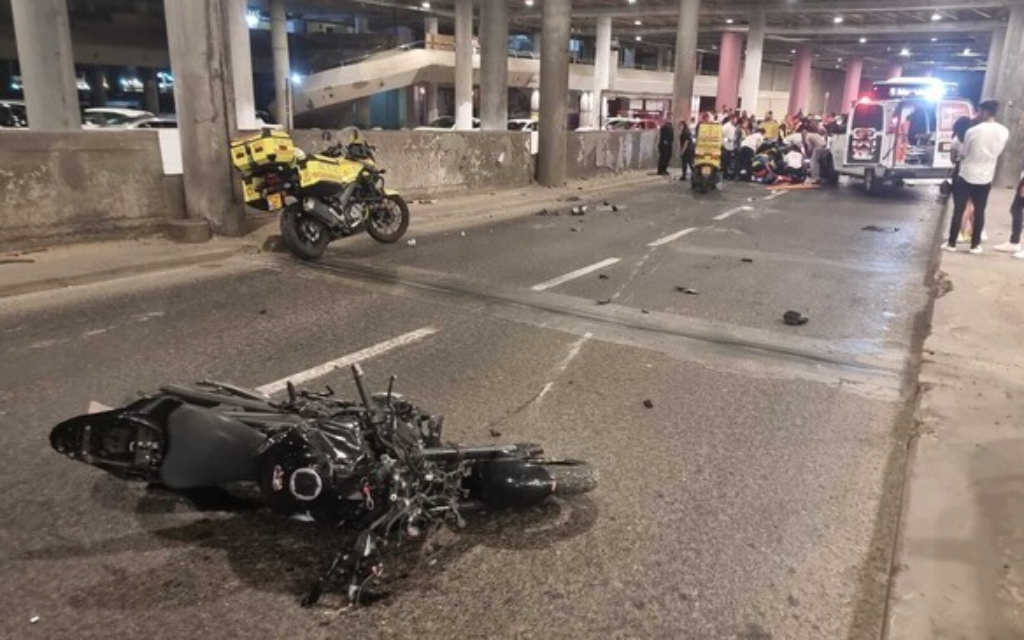 On Route 65 near the Iron Junction, a car and motorcycle collided, leading to the biker’s death. The man was reported to be 40-years-old, but there were no other immediate details on his identity.

The baby, who is several weeks old, suffered a head wound while two others sustained light injuries.

The three were taken to a hospital in nearby Hadera after receiving initial medical treatment at the scene.

In Tel Aviv, a 24-year-old was killed after losing control of his motorcycle while driving on the beachfront’s HaYarkon Street.

A paramedic from the Magen David Adom ambulance service said the man was found laying on the road without a pulse. He was declared dead after medics were unable to resuscitate him.

According to National Road Safety Authority figures, at least 249 people have been killed in vehicular crashes since the start of 2022, far outpacing the 259 deaths recorded throughout all of last year.

Prime Minister Yair Lapid, whose sister Michal was killed in a traffic accident in 1984, said Sunday that Israel must improve road safety.

Israel was ranked last in a recent European road safety report comparing regional countries based on their ability to reduce annual road deaths over the past decade.

According to the report, European countries on average were successfully able to reduce traffic deaths by 31 percent between 2011 and 2021, while Israel saw only a 4.7% drop over that period.

According to the Ynet news site, Israel has an average of six road deaths per billion kilometers of road use, twice the European average.