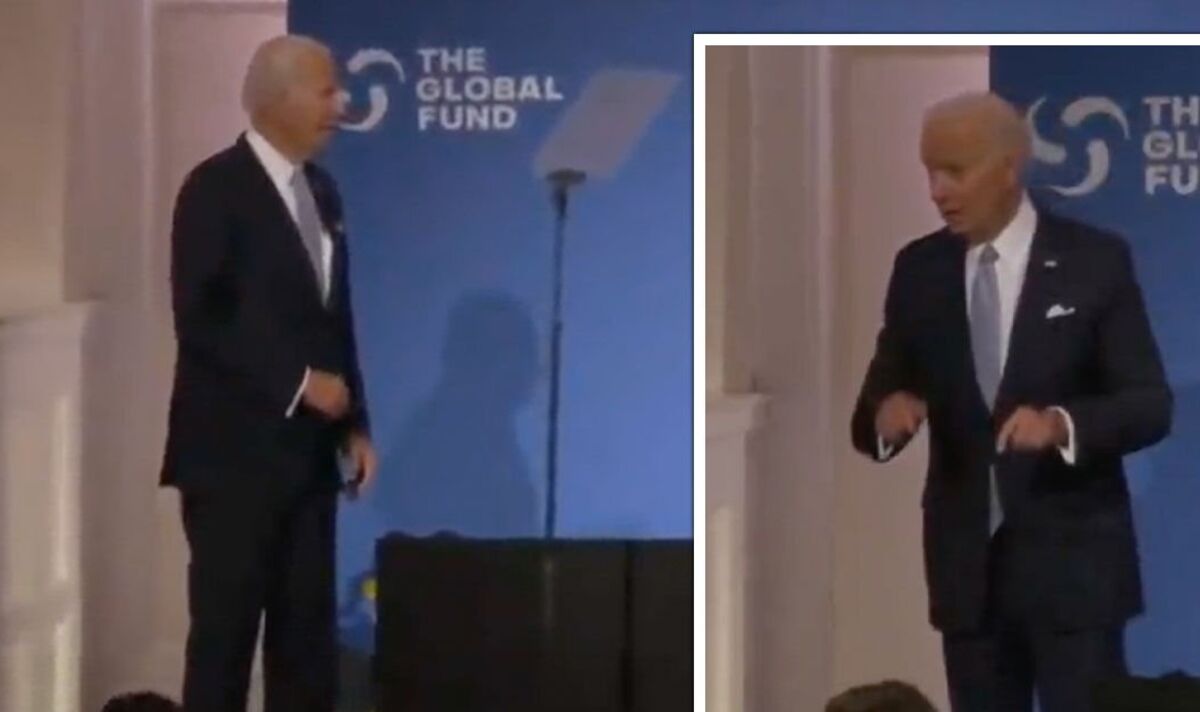 US President Joe Biden scrambled to get off stage after giving a speech in New York. Under applause form the public, the American President is seen walking to his right with his arms still flexed. Apparently confused, he asks someone for directions.

As he approaches the edge of the stage, he turns to a member of the public and points his fingers downards, seemingly asking whether he has to get down there.

Evidently confused, President Biden then turns around and stays put, staring at someone. He proceeds to button up his shirt and turns around again.

The President eventually gives up on on stepping off stage, as he is unable to find the way out.

Clay Travis, who shared the video on Twitter, said: “Joe Biden has no idea what’s going on. The guy can’t even get on and off the stage.”

The US President was addressing an event organised in New York to raise funds to fight AIDS, tuberculosis and malaria.

In his speech, President Biden thanked all the participants for the contributions they made.

According to a White House script, he said: “Thank you for fighting for what counts.

“This is all about saving lives – there’s no ambiguity here – working with partners to ensure that all communities are healthy and strong – at least have a shot at being healthy and strong; that people everywhere can live in dignity.”

READ MORE: Biden ‘amazed and overwhelmed’ by Britons’ affection for the Queen