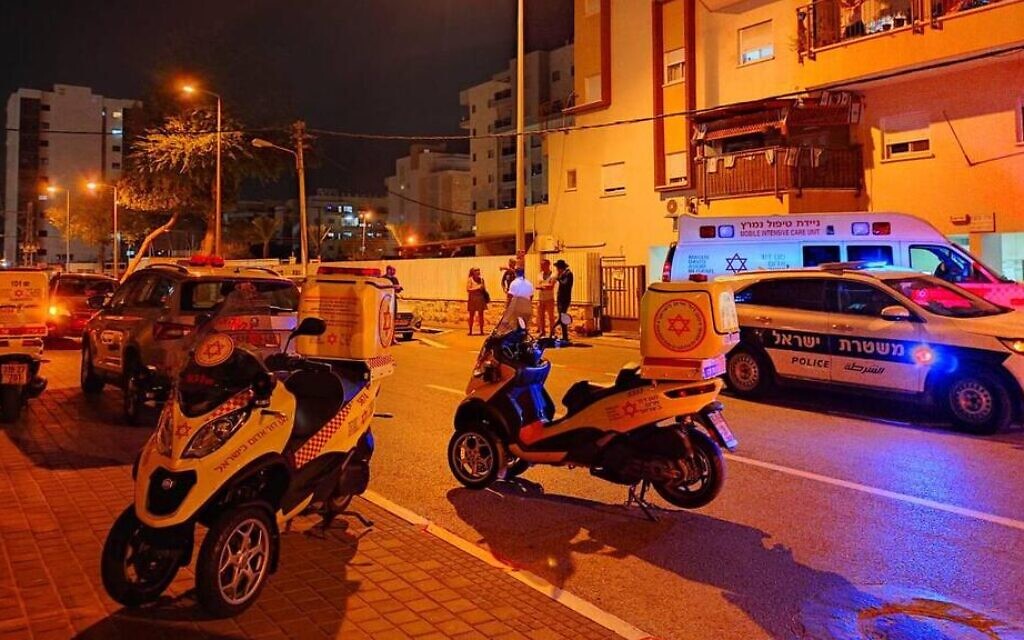 A 45-year-old man was stabbed to death in the northern city of Kiryat Ata in what police said was a domestic criminal incident.

A suspect, a 24-year-old man from the nearby town of Kabul, was arrested a short time later, police said.

The victim, who was not named, was found sometime after 9:30 p.m. in the entranceway of the apartment building where he lives in the working-class Haifa suburb.

He was declared dead at the scene by medics, police said in a statement.

The victim and the suspect, who was also not named, reportedly knew each other and were familiar to police for past criminal activity.

According to Channel 12 news, the suspect had visited the victim at his home on Smolenskin Street for drinks.

At some point, he pulled out a knife and stabbed him before running away as the injured victim stumbled into the stairwell, the channel reported.