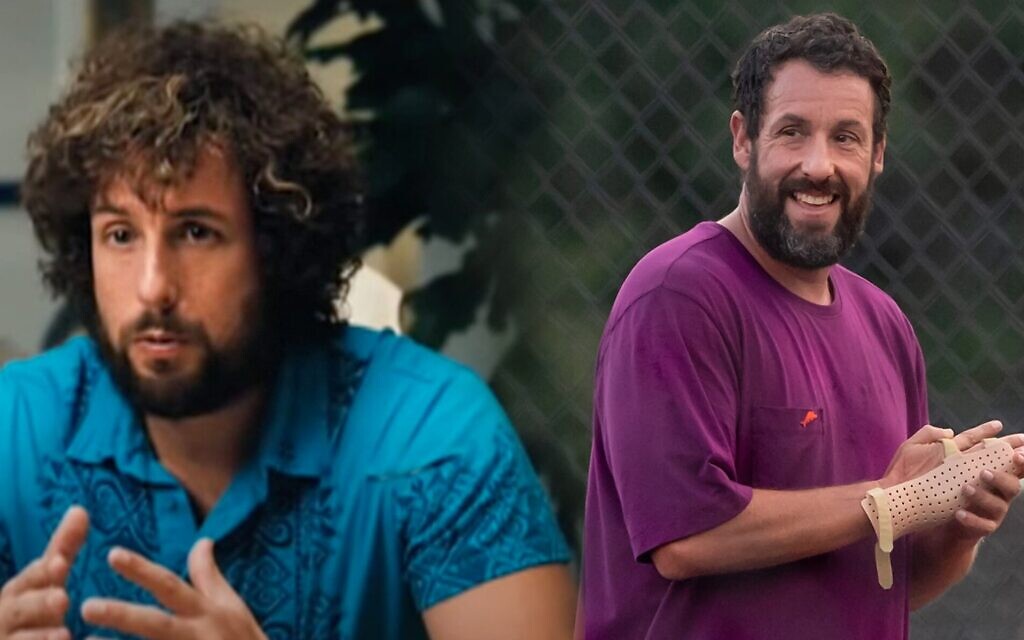 JTA — In 2008, Adam Sandler gave Hollywood one of its most memorable Israeli characters ever: the Zohan, an Israeli Defense Forces operative with superhuman abilities who leaves the anti-terrorism grind to become a hairdresser in New York. “You Don’t Mess with the Zohan” was a blockbuster hit.

But Sandler has never actually been to Israel.

In an interview with AARP published on Wednesday — at 56, Sandler recently entered the group for older Americans’ historic membership demographic, and he has been using a cane for an ailing hip — the Sandman was asked what’s on his bucket list after so much success.

“Well, I haven’t been to Israel and I’m the Zohan, for God’s sake. I’m excited to get there,” he said. He also said he’d like to get better at playing guitar and to learn to “speak another language, like fluent Hebrew.”

Sandler is currently in Canada filming his next Jewish-themed flick, “You Are SO Not Invited to My Bat Mitzvah!” — which is based on a young adult coming-of-age novel of the same name. He’s there with his entire family, and some of them will reportedly show up in the film, including his 84-year-old mother Judy.

The AARP interview also touches on Sandler’s foray into more serious roles over the past several years, including his lauded performance as a Jewish Diamond District salesman in “Uncut Gems.” Sandler says in the interview that comedy will always be his favorite mode, but “Uncut Gems” fans need not worry — Sandler’s set to star in a science fiction drama called “Spaceman” next year, and he’s previously confirmed that he’s working on another film with Jewish “Uncut Gems” directors Josh and Benny Safdie (who don’t really do comedies).