A television poll aired Thursday predicted opposition leader Benjamin Netanyahu’s right-religious bloc would secure a narrow majority in the Knesset, further suggesting growing support for the former premier and his partners ahead of upcoming elections.

A second survey forecast Netanyahu’s bloc getting 60 seats, an outcome that could further extend Israel’s years-long political gridlock and potentially lead to additional elections if neither the opposition chief, Prime Minister Yair Lapid, or another Knesset member can put together a government after the November 1 election.

According to Channel 13 news, Netanyahu’s Likud would finish as the largest party with 32 seats, while the allied Religious Zionism party would pick up 14 seats — one of its strongest poll results yet.

The ultra-Orthodox Shas and United Torah Judaism parties had eight and seven seats, respectively, which together with Likud and Religious Zionism, would give the bloc 61 of the Knesset’s 120 seats — Netanyahu’s first right-wing majority since elections in April 2019.

Though part of the current government, National Unity has insisted Lapid will not be able to form a coalition after the elections and touted Gantz as a candidate for prime minister, while also vowing not to sit in a government led by Netanyahu. 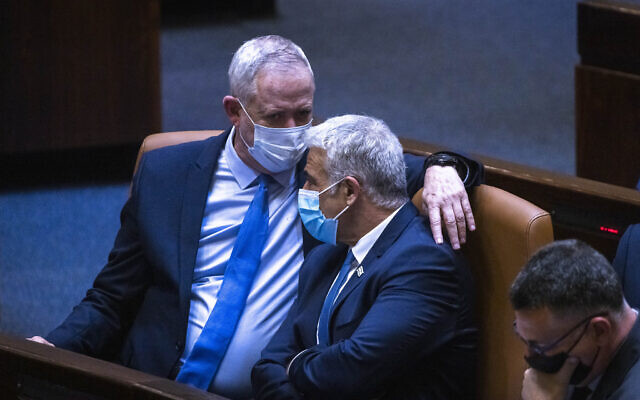 Three other parties in the outgoing coalition — the center-left Labor, left-wing Meretz and right-wing secularist Yisrael Beytenu — were also predicted to win five seats, while the Islamist Ra’am had four.

The majority-Arab Hadash and Ta’al parties, which are unaligned with either bloc and running on a joint slate, received four seats in the poll.

The national-religious Jewish Home party led by Interior Minister Ayelet Shaked — who recently requested forgiveness for joining the broad coalition last year and pledged to back Netanyahu for premier after November 1 — came short of the minimum vote threshold in the poll, as did the Arab nationalist Balad, who split with Hadash and Ta’al last week.

A separate Channel 12 poll gave Likud 34 seats, Religious Zionism 12, Shas eight and United Torah Judaism seven, for a total of 60 seats, while the parties in the last coalition together had 56 seats.

The polls follow the breakup of the Joint List alliance made up of Hadash, Ta’al and Balad, with surveys taken since showing Netanyahu’s bloc closing in on a majority. 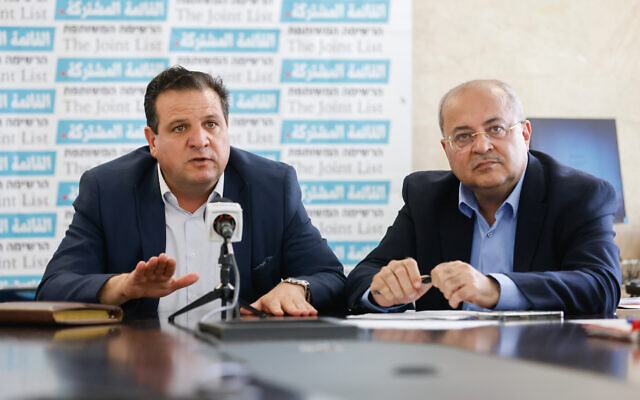 Israel has been deadlocked politically since the elections in 2019 and is now entering its fifth election in under four years, with potential prime ministers having pinned hopes on pushing smaller parties to unite, keeping likely supporters from falling below the cut-off mark.

Netanyahu succeeded in brokering several alliances between smaller factions on his side of the political spectrum. Lapid had much less success, with the refusal of Labor to run with Meretz posing a risk of one or both slipping below the threshold, and the last-minute splintering of the Joint List creating a still bigger threat to his continued premiership.

The Channel 12 poll was conducted by pollster Manu Geva. It included 508 respondents and had a 4.4 percent margin offer. The Channel 13 poll, by Camil Fuchs, was composed of 702 respondents with a 3.7% margin of error.