The folly of cutting down trees and other plants for short-term profit afflicted the ancient world as well as our modern one, with new research suggesting that the extensive use of Arava desert vegetation to fuel the famous King Solomon’s copper mines at Timna caused both the industry, and the local environment, to eventually collapse.

The ecological destruction wrought then can still be felt today, the research team, from Tel Aviv University, found.

The Timna Valley is located roughly 20 kilometers (12.5 miles) north of the Gulf of Eilat in the southern part of the scorch-dry Arava Desert, in the far south of Israel. Nestled between sheer cliffs, it has a natural ecosystem that forms part of the Saharo-Arabian Desert Belt. This is characterized by sparse vegetation, mainly along seasonal stream beds and in oases. In this case, the Evrona and Yotvata oases are both located ten to 15 kilometers (six to 7.5 miles) from the Timna Valley.

Since the Chalcolithic (fifth millennium BCE) period, but particularly during a roughly half-millennium stretch within the Late Bronze and Iron Ages (thirteenth to ninth centuries BCE), this extreme environment was the site of one of the most important copper production centers in antiquity.

Weakened by internal struggles, Egypt had withdrawn from the region, leaving the lucrative industry in the hands of local Edomites.

“Today we know that copper production actually peaked here at about the time of Kings David and Solomon,” said Prof. Erez Ben-Yosef, director of the archaeological excavations in the Timna Valley, referring to the Biblical monarchs. “The Bible never mentions the mines as such, but it does tell us that David conquered the area of Timna, known at the time as Edom, placing garrisons throughout the land, so that the Edomites became his subjects, and that his son Solomon used huge quantities of copper for building the Temple in Jerusalem.”

Copper was extracted from the ore via smelting in earthenware furnaces at a temperature of 1,200 degrees Celsius (nearly 2,200 degrees Farhenheit).

The furnaces were destroyed after every smelting event to extract the valuable metal. The remaining charcoal and metallurgical debris was dumped onto slag mounds, layers of which accumulated on top of one another, to eventually provide a chronological record. 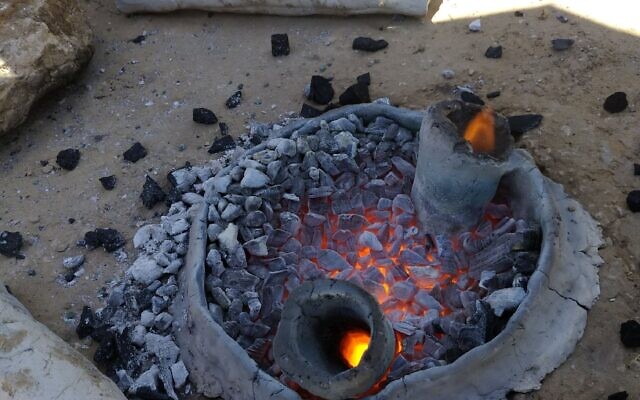 Setting out to explore the environment’s role in the sustainability of the Timna copper industry, researchers from Tel Aviv University’s Department of Archaeology and Ancient Near Eastern Cultures analyzed more than 1,200 samples of charcoal debris. (Charcoal burns at a higher temperature, and retains its heat for longer than fresh wood).

They focused on material from slag mounds dated towards the end of the eleventh century BCE and located within two fortified sites. 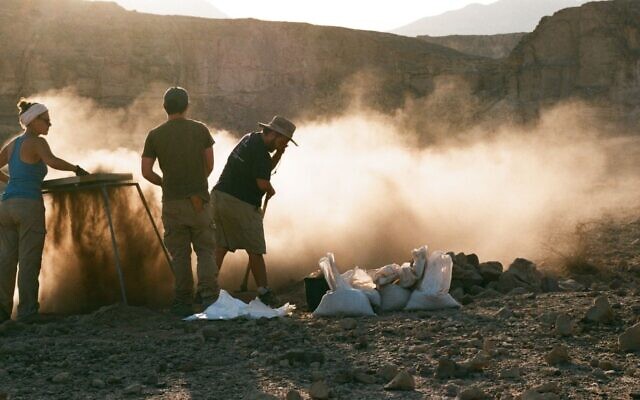 The team discovered that during the early part of the period they were studying, three quarters of all the charcoal was derived from species of acacia trees and the branches and roots of the white broom, both of which would have been available nearby.

Both have thick fibers and high wood density, offering high-calorific and high-burning material.

The hot-burning charcoal of the white broom is referred to in the Hebrew
Bible (Psalms 120:4), which states: “He will punish you with a warrior’s sharp arrow, with burning coals of the broom bush.” The shrub’s roots appear in Job 30:4 as a source of food. 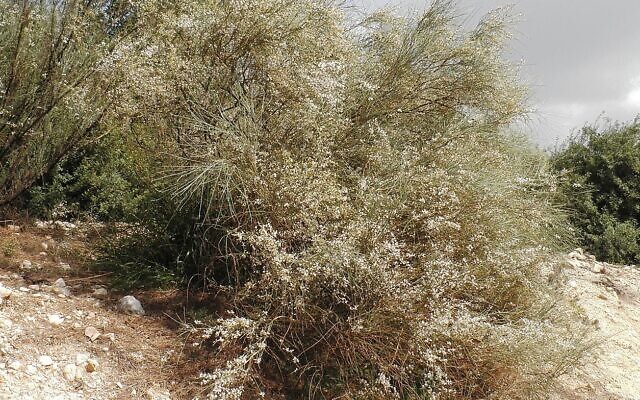 As time passed, however, from around the middle of the tenth century and on, these species evidently ran out, forcing laborers to search further afield for plants less suited to charcoal production — among them date palms from oases, and pistachio trees and junipers which today are found only in higher and rainier areas.

It would have cost money and time to transport wood from distances of up to 100 kilometers (62 miles), across the steep terrain, the researchers noted.

By the middle of the ninth century BCE, after the consumption of an estimated 30,000 tons of wood, the copper mines in this area shut down.

In one mound alone, the team found charcoal equal to at least 4,100 acacia trees and more than 185,000 white broom bushes. 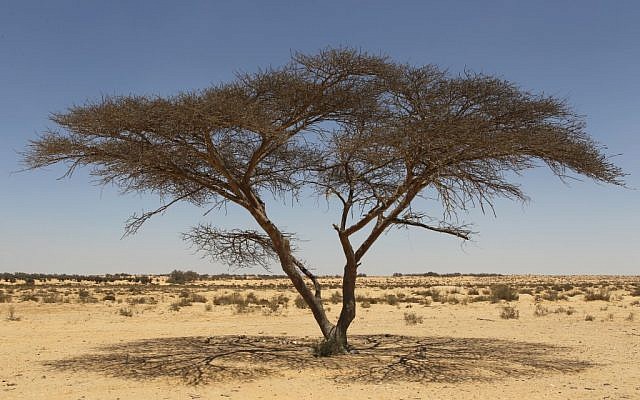 An acacia tree in the Negev Desert. (Nati Shohat/Flash 90)

The researchers assumed that the Timna Valley’s climate in the Iron Age was similar to today’s.

But a wider range of desert and savanna plants might have been available, as suggested by charcoal remnants of species such as the toothbrush tree, Salvadora persica, (whose sticks are traditionally used as teeth cleaners), which no longer grows in the valley.

More plants growing then would have meant more water within the local ecosystem, stored mainly within the plants’ roots and stems, and soils, and playing a key role in the water cycle, the researchers inferred.

Furthermore, many of the species relied upon by the Iron Age smelters, including acacia and white broom, would have maintained soil stability, enabled plants to germinate properly, and protected against land degradation, in addition to providing food and fodder for wild and shepherded animals.

The removal of so many plants for the copper smelting would have “irreversibly affected the system’s ability to retain moisture,” the team concluded.

They noted seeing only two small white broom bushes in the northern part of the Timna Valley, and none elsewhere in the area, during numerous excursions and field surveys conducted over the past decade, “raising the possibility that the white broom population has never recovered from the Iron Age over-exploitation.”

“Altogether,” they concluded, “It is suggested that the lucrative copper industry ended due to limits in the availability of fuel, caused by the anthropogenic hastening of desertification and environmental degradation.” 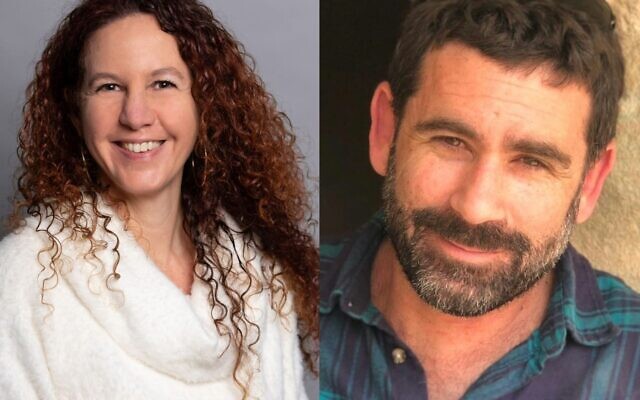 The copper industry “ultimately led to an environmental collapse, certainly within the Timna Valley microclimate, if not beyond

The study, published in the journal Scientific Reports from the Nature portfolio, was conducted by PhD student Mark Cavanagh, Prof. Erez Ben-Yosef,  and Dr. Dafna Langgut of the Steinhardt Museum of Natural History, who also heads Tel Aviv University’s Laboratory of Archaeobotany and Ancient Environments.